Available on these channels and more

What can a banker who built one of the biggest financial empires in the world and was a major philanthropist teach us about strategic leadership? A lot, in fact.

I talk to Dan Gross, the author of a biography on Edmond Safra called A Banker’s Journey. It’s a fascinating counter to many of the practices we hear and see — for better or worse — in modern day life.

Safra was incredibly ambitious, looking to build wealth, nurture his community, and build bridges across the world. We hear about his approach to:

Safra treated his business as a family. And led a dynamic, colourful life, professionally and personally.

The best bits of these conversations are captured in my newsletter Strategic Leader.

Dan Gross is one of the most widely-read writers on finance, economics and business history. Over the past three decades, he has reported from more than 30 countries, covering everything from the dotcom boom and the rise of China, to the global financial crisis of 2008. He worked as a reporter at The New Republic and Bloomberg News, wrote the Economic View column in The New York Times, and served as Slate’s Moneybox columnist.

Gross is a bestselling author of eight books, including Forbes Greatest Business Stories of All Time; The Generations of Corning; Dumb Money: How Our Greatest Financial Minds Bankrupted the Nation; and Better, Stronger, Faster: The Myth of American Decline…and the Rise of a New Economy.

His great-grandparents immigrated to the United States from Aleppo and Damascus. 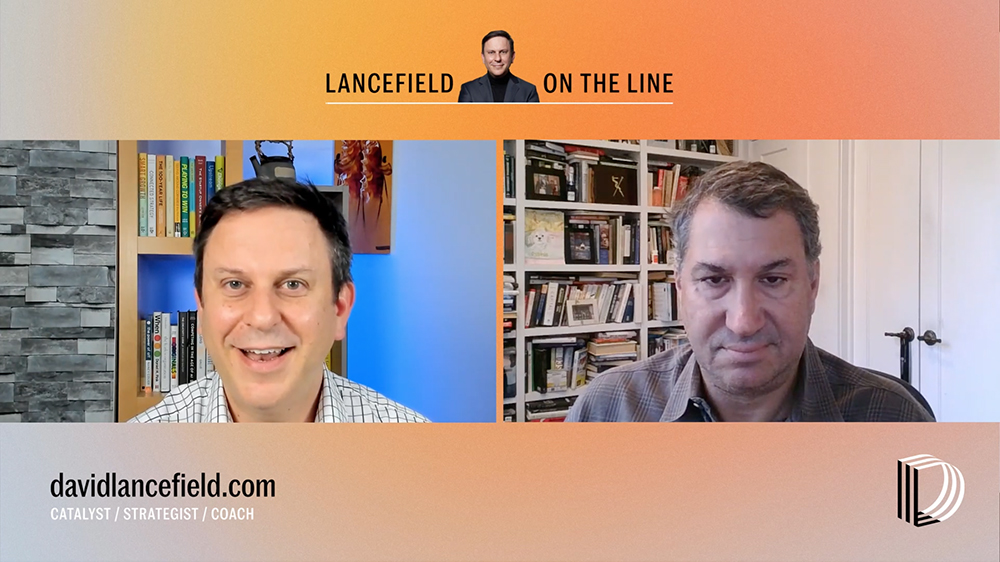 “He knew that his community was just as capable as any other. So part of his mission in his life was to elevate it in institutional settings.”

Ruchika Tulsyan: Reinventing culture from the inside out

Andy Woodfield: Coming out as your best self

Bruce Daisley: Drawing strength from others